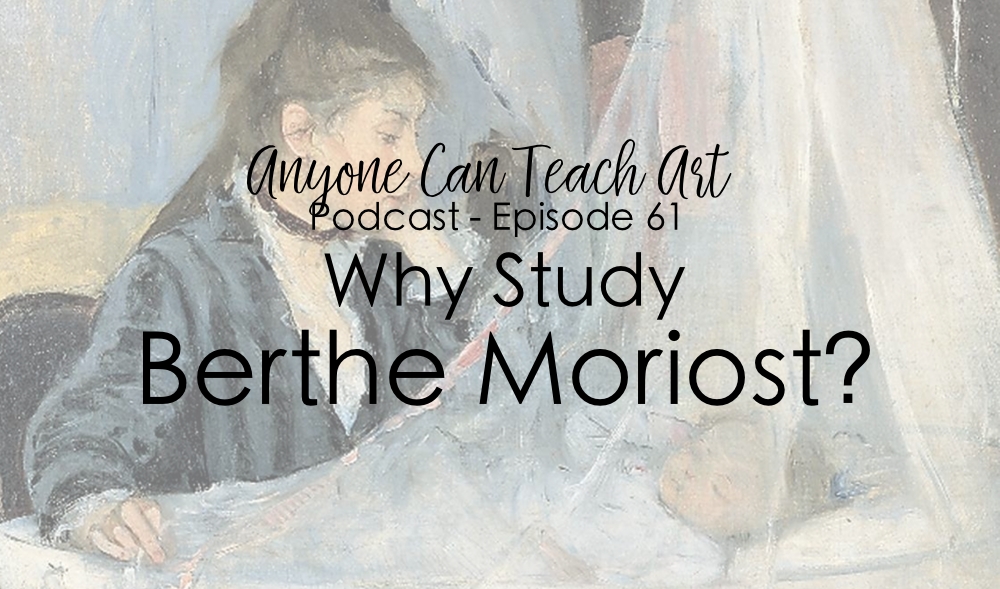 Today we’re talking about one of the most famous female Impressionists: Berthe Morisot. Initially, she gave up on getting married and having kids so she could pursue her career as an artist. However, she later met a fellow artist who helped her keep painting while she married him and had a daughter.

Help! I’m not sure how to listen to a podcast!

Morisot was successful at a young age and had several pieces of art exhibited in the Paris Salon. She painted scenes from her everyday life as an upper-middle-class (bourgeoisie) woman.

Morisot became friends with Eduard Manet (not to be confused with Claude Monet) and ended up marrying his brother, Eugene Manet.

We talked about Deanna’s giant green painting. What do you think it is?

We have a full lesson plan available for studying Morisot with your students: