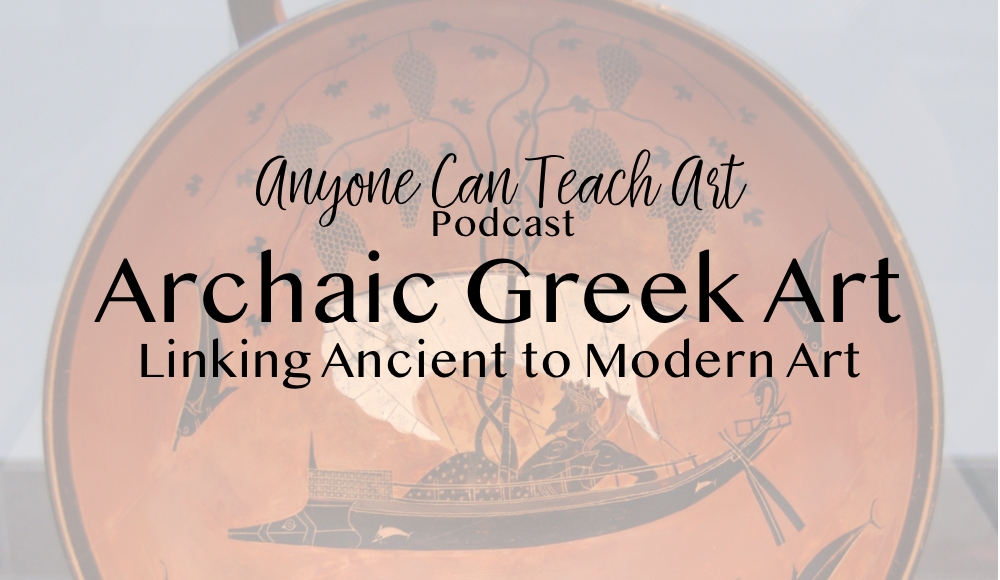 In this episode we’re chatting about Greek art, but specifically art from the Archaic period (about 800-500 BC). It’s an interesting period that leads to the Golden Age of Greece and the Roman empire. The Archaic period forms a link between Ancient Egyptian art and Classical Roman art. We chat about this connection when it comes to Greek sculptures and pottery (since so much of it has lasted these thousands of years), but we leave a discussion of architecture for episode #32. We have a conversation about nudity in art and how to handle it in class and at home. Finally, we chat about the Drawing Greek Gods Upside Down lesson plan and provide some tips for making it go smoothly.

Stay tuned for all the episodes in this Drawing Ancient Art series!

Here’s the detailed timeline we covered about Greece

The best and most numerous samples of art from the Arachic period (besides architecture) are statues and pottery. When we compare these works of art to similar works in other art periods we can start to see the influence Egyptian art had on Classical Roman art and therefore all Western art.

Links to Things We Mentioned