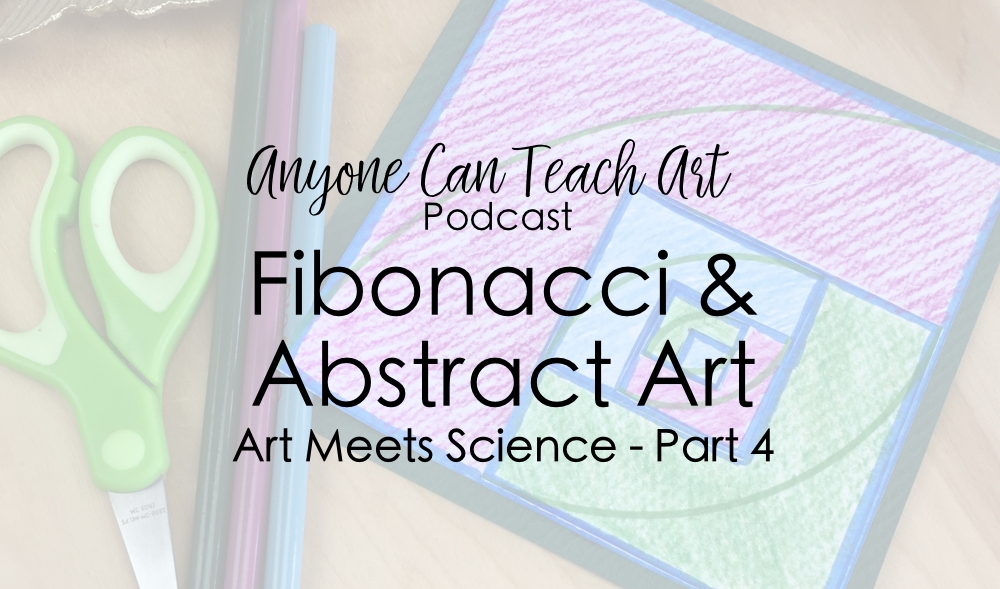 This week, Deanna and Julie are talking about the Fibonacci number sequence and how it’s used in art!

Around 1170, Leonardo Bonacci (now called Fibonacci) was born to a businessman in Pisa, Italy. Traveling with his father around the Mediterranean, Fibonacci learned about the Hindu/Arabic number system (which is what we use now). In Italy, businesses were still using the cumbersome Roman Numeral system, so Fibonacci wrote a book about how to use this simple base 10 system to keep track of your business.

The book was a success in the business world, but that’s not what Fibonacci is best known for. Tucked away in his book is an analysis of the growth of rabbit populations. In this analysis, Fibonacci lays out a special sequence of numbers which we now call Fibonacci numbers!

The Fibonacci numbers have since been found repeatedly in nature and are often used in science, math, and ART!!

For our abstract art lesson this year, we’ll look at the Fibonacci numbers and incorporate them into our artwork. We’ll also learn about the important Principle of Design called Rhythm.

How about you? What fun ways have you and your students used or witnessed the Fibonacci numbers? We’d love to see your art or discoveries!